2014 was a great year for our organization. We made progress on a lot of fronts, and could not have done it without our partners, members, volunteers, and sponsors. We are honored by the support and input we have received from our community, which made our accomplishments possible!

Over the last year, Sustainable Fairfax was successful in bringing important programs and events to the community including:

Thank you for a great 2014. We hope you join us for an awesome year of new initiatives and progress in 2015! 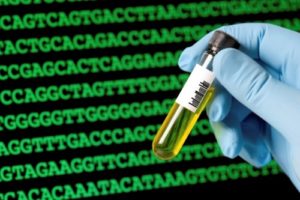 My first assignment as a communications intern for Sustainable Fairfax was to attend and write about the synthetic biology symposium that took place on Thursday, October 9 at the Mill Valley Community Center. Community members and expert panelists gathered for a discussion about synthetic biology and its impacts on our food, farmers, community and health.

“The rapidity of change and the speed with which new situations are created follow the impetuous and heedless pace of man rather than the deliberate pace of nature…The chemicals to which life is asked to make its adjustment are no longer merely the calcium and silica and copper and all the rest of the minerals washed out of the rocks and carried in rivers to the sea; they are the synthetic creations of man’s inventive mind, brewed in his laboratories, and having no counterparts in nature.”

And so it is with synthetic biology. Synthetic biology is the “next step beyond GMOs.” It is molecular biology in which genetic code is written by a computer, assembled into strands of artificial DNA, imprinted with genetic information and reproduced in a lab. Used initially by the energy industry as a platform for creating sustainable fuels (in a failed attempt to use bacteria to produce ethanol on a large scale), synthetic biology is now being embraced by the pharmaceutical and biotech industries. This is cause for ethical, environmental, and health concern.

Gopal Dayaneni: “The next frontier is all of the living world,” explained Dayaneni of the Ruckus Society and the Movement Generation Justice and Ecology Project. Since 1980, Dayaneni has been an activist, speaker, teacher and participant in justice-related projects. According to Dayaneni, synthetic biology essentially turns “all of life into property by shackling living systems to industrial platforms.” He explained that this is the age of the machine mindset, the machine metaphor, the idea that we are all parts of a machine—nature included.

Squire gave the example of vetiver, a popular essential oil derived from vetiver grass (Chrysopogon zizanioides.) Vetiver grass is native to western and northern India. Half of the world’s supply of vetiver is grown in Haiti, employing 60,000 Haitians. It is a high-value crop that ensures the livelihood of many, many people. The production of artificial vetiver is a current synthetic biology experiment. Squire discussed the ethical and environmental implications of this project. Replacing vetiver with synthetic oil, he explained, would put thousands of farmers in Haiti—and across Asia—out of work. Unbelievably, the synthetic biology industry would not be required to label their product “artificially produced” because they claim that vetiver and synthetically engineered vetiver are chemically identical.

Ignacio Chapela: “This is the birthplace, but possibly also the grave, of what has been a mad ride.” Ignacio Chapela, a microbiologist and mycologist at UC Berkeley, proclaimed that “all we know is that we don’t know 98% of life.” He stressed his concern that the outcomes of synthetic biology are “products of trying something we really don’t know or really don’t control,” which he finds “seriously dangerous and seriously troubling.” The microbes ultimately have not done what the synthetic biology engineers wanted them to do. He spoke about his deep sense of humility as a microbiologist, and described the path that led him to the realization that any attempt to control and manipulate life simply does not work.

According to Chapela, genetically modified bacteria have been found in the six major rivers in China. Bacteria have the ability to horizontally transfer genes. Horizontal gene transfers have resulted in antibiotic resistant bacteria. The fact that these bacteria have been found in the major rivers of China is quite a wakeup call. GMOs are largely untested, and their consequences are unknown. The spread of these organisms in our water supply and across the globe could have consequences beyond our reckoning.

I was deeply affected by the clear message from these speakers. Nature cannot be rewritten. Nature cannot be re-invented and controlled. Nature should not be harnessed to the industrial model and made to do its bidding. The mindset of the synthetic biology industry is as if “we finally cracked the book of God and now we will be able to rewrite nature.” Dayaneni, Squire, and Chapela all spoke about this concept, concluding that this mindset simply does not work. It is important, each speaker told us, that we learn to speak the language of life. It is important that as these technologies become prevalent in our food system, the pharmaceutical industry, and our daily lives, that we acquire a vocabulary adequate for discussing them. It is important that we understand synthetic biology and all of its implications.

I thank GMO Free Marin and Moms Advocating Sustainability for organizing this event and the event sponsors including Sustainable Fairfax.

50 Countries, Including China, Label Their GMO’s – Why Not Us?

Despite polls that indicate Americans overwhelmingly want GMO foods labeled, the USDA continues to allow their production and sale without labeling or adequate testing. On November 6th, 2012, Californians will have the chance to vote YES, on CA Proposition 37 ‘Our Right to Know-Label GMO’s’.

Come find out what is happening with GMOs and why we should be concerned! An outstanding panel of experts on GMO technologies will discuss how recombinant DNA are affecting our health & environment, and what we can do politically.