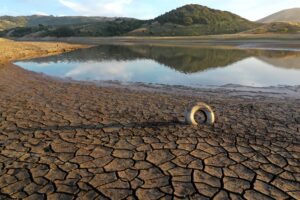 Historically low rainfalls combined with hot weather means that we are experiencing historic drought conditions that cannot be ignored. The threat has been raised from “severe” to “EXCEPTIONAL”!

As of the end of August, our reservoirs which supply about 75% of Marin’s water, are at 38% of capacity. The other 25% would normally come from Sonoma but that is NOT happening this year. That’s bad.

Hopefully it will rain this Winter but the County will need about 250% of a typical rain year to bring our supplies to a “normal” level. That is unlikely to happen.

It is a priority for communities to come together to protect this watershed. Brown lawns are good and dirty cars are fashionable. Anything else means those folks need help understanding the imperative and tools to take action to change it up.

We need YOU. If you can help with this effort, please contact us.

Read More Water Action NOW in Fairfax and Beyond for Tips, Resources and Rebates, Becoming a Water Warrior and more… 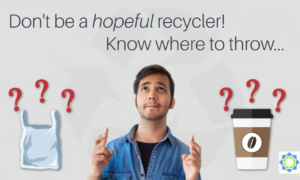 Contamination in our recycling and compost is a huge deal. Just because you want to recycle something, it doesn’t mean it’s actually recyclable. So the wrong thing in the wrong bin is called contamination and has all sorts of implications. But first, remember that there are human beings who sort your recycling — so when you put a used tissue, a dirty pizza box, food soiled paper — there are people who are sorting out your nasty garbage. Clean recycling is dirty enough, but it’s not nasty. Managing your waste and recycling is respectful to the earth but also to the front line workers who handle your recycling (note- trash is never sorted, and contamination in compost is pulled out after it’s been largely composted – at great expense btw).

On a recent Sustainable Fairfax Community Chat, we talked with Casey Fritz from Marin Sanitary (MSS). Casey shared that over 50% of what Fairfax residents are sending to the landfill is recyclable or compostable–that’s a lot of room for improvement! She went through the list of the do’s and don’ts and it’s confusing because the rules changed when overseas markets announced they didn’t want our contaminated recycling any longer because we were essentially exporting our landfill waste and pollution. You can watch the entire zoom chat here, but highlights of the talk, along with my commentary, include:

It’s a great description of some of the issues described here. Take note about the plastics bags. They NEVER ever go in either recycling container, or the compost for that matter. Skip plastic bags altogether. I use a brown paper bag in my trash can. I line it with egg container to give it a little more strength. (here’s another video that really shows people sorting our recycling — it’s a little longer)

I have lots of tips and tricks, I’m sure you do too. When in doubt – throw it out! Lets keep this conversation going! Our garbage represents our consumption. Everything we buy represents embedded energy and a tremendous use of resources that you can’t see. It’s our individual and collective responsibility to our health, to our kids health, to the planet, to do this better. Let’s make better purchasing decisions to make less crap in the first place, but at the end of the day, let’s put stuff in the right bin! It’s not that hard but does require intentionality. It’s also a sign of respect to the front line waste workers sorting our recycling! They will thank you and so with the earth!

Join Sustainable Fairfax’s Zero Waste Committee – we have work to do and would love your energy. We meet on the 3rd Tuesday of the Month at 7:00. Reach out to chat about it. laurav@sustainblefairfax.org

Did you know that 88% of residential natural gas use in CA if for water and space heating? Electrify Marin is a county-wide effort that encourages Marin residents to replace gas powered appliances with electric ones to reduce greenhouse gas emissions and improve indoor air quality!

But when your hot water or space heater implodes,  you don’t have time to think so you need to have a plan in place!

Sustainable Fairfax hosted 4-educational chats that overviewed the steps you can take to electrify, including understanding the rebates available today!  Download all of the session materials below.

Sept 10th – We learned some of the components of putting a plan in place to replace your hot water and space heating systems; the importance of making your home energy efficient, and the rebates available. Video Recording of Zoom Chat – Click here to watch!!  Download copies of Presentations – Electrify Marin Chat #2; BayRen.

Thank you to Mark Chhabria from Electrify Marin and all our other contributors for making this a fun and informative series! Let us know if you have any questions at info@sustainablefairfax.org. 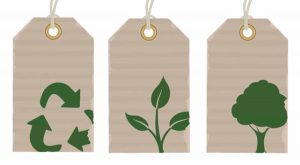 On Friday, November 15, Sustainable Fairfax hosted a film and speaker event featuring THE TRUE COST, a film that addresses the environmental and human impacts of fast fashion and the choices we make when buying clothes.

The film unveiled the struggles of the sweatshop workers in countries like Bangladesh, and the brutal working conditions, sometimes ending in injury and death. Most often, profits are the single-focus of the corporations, while the well-being of the workers and the health of the environment is simply not factored in. We live in a throw-away culture, where clothes are cheap and disposable, creating an unsustainable demand for the workers living on dollars per day.

After the film, Heather Podoll of Fibershed spoke about the importance of being mindful when making purchasing decisions, and the benefits of supporting locally-made clothing with natural fibers that can be composted when worn out. Here a few of my takeaways from the evening: 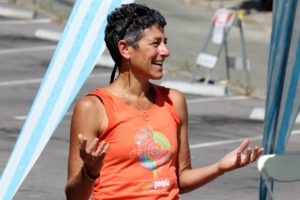 It was July 2006. I collapsed in my chair at the Embarcadero Center Theater, mind and body overwhelmed, and completely terrified. Where normally the credits would roll at the end of a film, instead a list of “Never fear, What To Do’s” filled the screen.

The film was Al Gore’s An Inconvenient Truth. The list was the first of many such lists that I would see and put on the shelf. I felt the tension ease as I read, slowly relaxing enough to begin to absorb what the words were directing me to do.

The movie subsequently inspired volumes of lists, books, and calendars of daily actions, which people initially consumed voraciously. These urgent calls to action, prescribing behavior changes critical to combating Global Warming were published and illustrated with breathtaking photographs of the wonders of nature and heartbreaking photographs of our planet in peril.

My mind raced on that July night as we drove home from San Francisco. What needed to be done seemed so tangible and so achievable. I expected to see the townsfolk of Fairfax out in the street, ready to make the changes the list instructed us to make in order to sustain our ability to live on this earth.

But where was the Town Crier in the Parkade calling us to take action? After seeing Al Gore’s crystal clear depiction of climate science and gripping teaching of the facts underlying human contribution to the massive acceleration of the planet’s warming, it seemed impossible that we were not responding as if our lives depended on it.

As a mother of a 5 and 8 year old I saw no other choice but to mobilize. Certainly other parents of young children would be equally desperate to join together.

I put a homemade banner in the window of The Fairfax Scoop announcing a call to action and community gathering at the Tree Park at the bottom of Cascade Drive.

I called the meeting at dinner time the next day knowing that the time was most likely inconvenient for young families. We would gauge people’s sense of urgency by whether they showed up, choosing to prioritize human existence over serving dinner on time.

50 + adults answered the call and brought their children.

People participated enthusiastically, expressing a collective relief to find others who were ready to combine their individual efforts and knowledge into a larger local movement of people to make a bigger impact impact.

We discovered that we all had lists tacked to our walls, but the number of things that we were told we “SHOULD” have been doing was weighing us down and draining our energy to act.

Our collective was a renewable source of energy and we all tapped in. We became known as The Inconvenient Group, and we gathered weekly.

We made new lists and distilled the larger actions into bite sized pieces. We committed to making homemade yogurt in order to avoid purchasing plastic containers. We learned basic biking skills to encourage biking as a viable means of transportation. We held a screening of “Synthetic Seas”, a film about the Pacific Gyre garbage patch, and learned how plastics are suffocating our oceans. We supported one another’s desire to make lifestyle changes that would decrease our individual generation of greenhouse gas emissions and slow the rate at which our planet is warming. We were discovering distressing truths but were motivated to work for solutions.

Organizations began to seek us out. A group of energetic action- oriented people is a gold mine for a non-profit organization.

I received a call from Pam Hartwell, who was at the time the Executive Director of Sustainable Fairfax. She came and spoke to our group and described the community actions already in progress, as well as the history of the organization whose founder was a key player in the inception of Marin County’s Community Choice Aggregate (Marin Clean Energy). She made very clear the efficacy of combining resources.

With a little courting and a lot of coaxing we joined Sustainable Fairfax.

It has been 12 years since An Inconvenient Truth took the world by storm. Over the course of these 12 years, Earth’s atmosphere has exceeded over 400 parts per million of CO2 warming gases in the atmosphere and the climate is increasingly chaotic, threatening humanity’s ability to survive on our planetary home.  The threat is more pressing than ever, and our message all the more urgent.

Sustainable Fairfax has been and continues to be the Town Crier, the spring board for community action, the hub, the home and the hope.