You are here: Home / Transportation / And the winner is…..

Zach Gill of Santa Barbara won the Sustainable Fairfax Benefit Raffle for the Yuba Mundo Lux Cargo Bike!!! Zach bought just one ticket out of 872! He is a member of the band ALO (as depicted on Executive Director Jen Hammond’s t-shirt in this photo- she is a big fan).  Zach also plays with Jack Johnson.

We met Zach the morning after the event at the Marin Museum of Bicycling to give him his bike.  We learned that Zach’s wife Jessica had a significant role in Safe Routes to School in Santa Barbara- which of course was founded by Marin’s beloved bicycle advocate Deb Hubsmith who passed away last year from leukemia. It was a touching moment when we realized this coincidence. Zach said there is a new bike path funded by Safe Routes in front of his house- and we are thrilled that he will be riding this Yuba bike on it! #SafeRoutestoSchool.

The funds from this raffle will go to support ReduceX2, Sustainable Fairfax’s alternative transportation program.  Check it out! 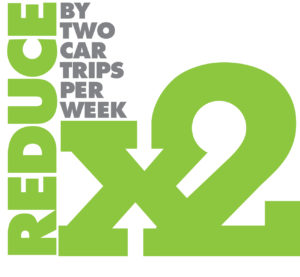