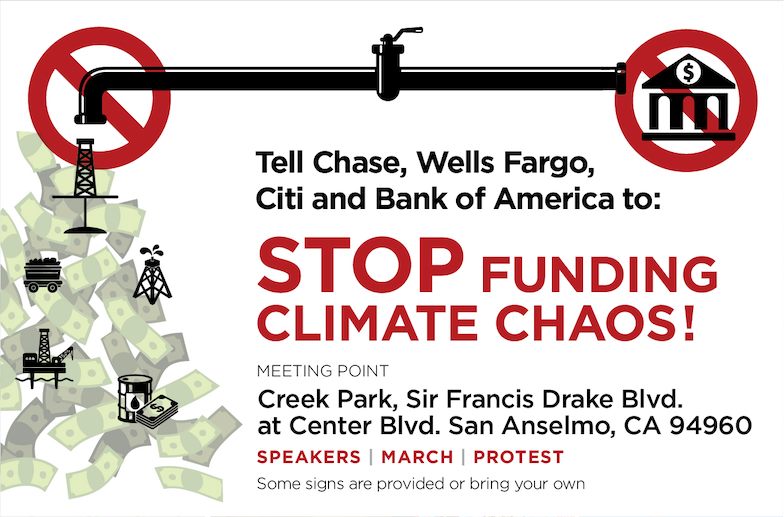 Join 350Marin, the Sunrise Movement, the Sierra Club Marin Group and Sustainable Marin on February 28th from 3-5pm for a rally and march in San Anselmo. We’re going to rally, then march to tell Chase, Bank of America, Citi and Wells Fargo to end their massive money pipeline supporting fossil fuel extraction!

We’ll meet at Creek Park in San Anselmo at 3pm, at Sir Francis Drake and Center Blvd to rally. Speakers will include the Sunrise Movement, and a 350Marin spokesperson on how we can move money out of the fossil fuel banks and investments. Barbara Clifton Zarate will speak on the climate crisis and indigenous rights, and give us an update on Keystone pipeline battles. Chance Cutrano from the Sierra Club on banning one-use plastics, we’ll hear Marilyn Price on the Climate Emergency Declaration campaign – and the Freedom Singers will sing! Get flyer, further details and RSVP at https://350marin.org/event/2-28-stop-climate-chaos/