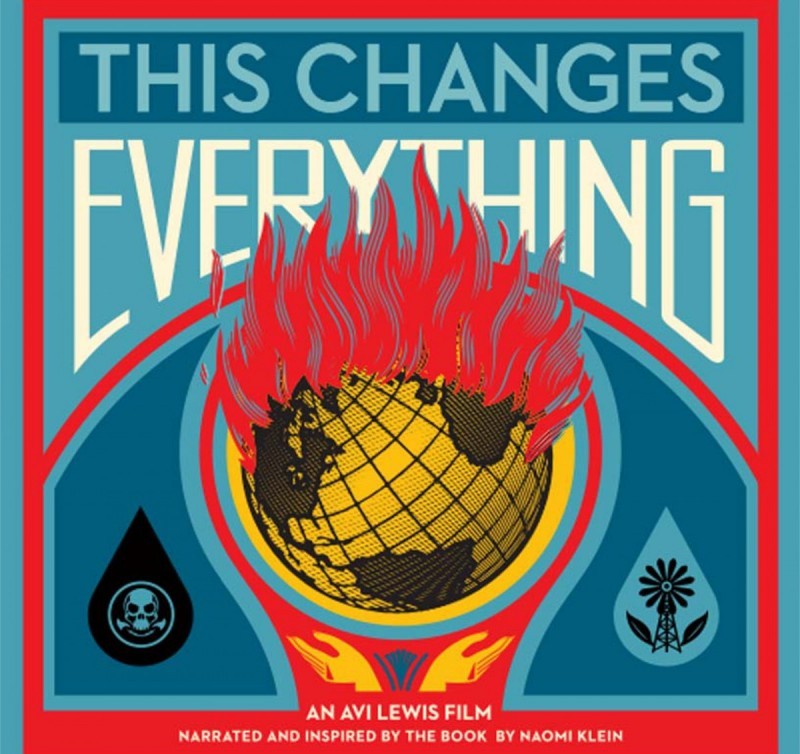 What if confronting the climate crisis is the best chance we’ll ever get to build a better world? This Changes Everything is an epic attempt to re-imagine the vast challenge of climate change.

Directed by Avi Lewis, and inspired by Naomi Klein’s international non-fiction bestseller This Changes Everything, the film presents seven powerful portraits of communities on the front lines. Interwoven with these stories of struggle is Klein’s narration, connecting the carbon in the air with the economic system that put it there. Throughout the film, Klein builds to her most controversial and exciting idea: that we can seize the existential crisis of climate change to transform our failed economic system into something radically better.

Our speaker for the evening, Michael Newland, is an archaeologist, essayist, and public speaker who presents regularly on the intersection of archaeology, climate change, and public life. Mike has over two decades of archaeological field and research experience across California. He specializes in collaborative research, recently co-authoring, with tribal representatives from three different tribes, a chapter on climate change in California that will be published soon by Oxford Press in Public Archaeology and Climate Change. Mike is a frequent commentator on the intersection of archaeology and the public through the KQED Perspectives series.

Michael Newland has an Master’s degree in Cultural Resource Management from Sonoma State University and is a Senior Archaeologist with Garcia and Associates.