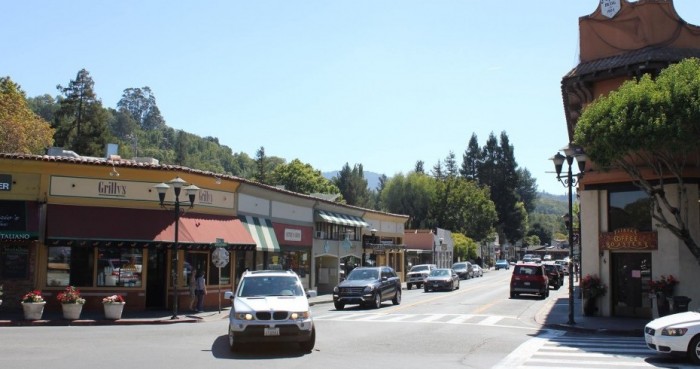 Discover great walks in Fairfax! Join Sustainable Fairfax for this enjoyable walking tour and discover historical easements (and some historical facts) you may not know about. (Learn about the Fairfax Volunteer’s Trails Awareness Project here).

The health benefits of walking are undeniable. And walking allows us to slow down and share quality time with neighbors, friends, and family.

Meet at Fairfax Coffee Roastery at 10:45am

This walk is part of Sustainable Fairfax’s ReduceX2 initiative. 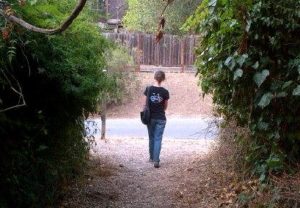 Some Historical Notes about this walk:

In 1875, the North Pacific Coast Railroad, which went from San Rafael to Occidental, signed a 5 year lease with the land owner, Manuela Sais, for 1500 acres for Fairfax Park. The trains went through town where the Parkade is now.

In 1865, Bolinas Road was built as partof the stage coach route from San Rafael to Olema, Bolinas, and Pt. Reyes Station. It was 14 miles long with 29 bridges, and was completed in 1879, on schedule and under budget, costing around $16,000.

The Alpine Building at Broadway and Bolinas was built in 1920, on the site of a former saloon called the Fairfax Park Annex, which became Tony’s Corner Bar and Alpine Market. The Coffee Roastery now occupies the building. New York Yankee Lefty Gomez lived at 22 Porteous in Deer Park for a while.

The apartment building on the corner of Bolinas and Porteous was a grocery store, built in 1914. An antique store at 341 Bolinas was the background for the 1968 cover of the psychedelic band Moby Grape’s first album.

At the end of Wood Lane are the old Marin Stables, with trails that go to Phoenix Lake. Van Morrison’s album cover for “Tupelo Honey,” was shot on a path here.